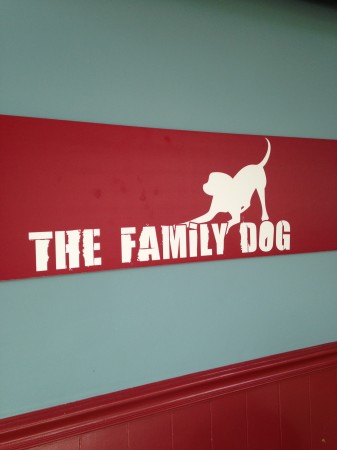 Since opening three years ago, The Family Dog in Orono has filled their 6 draft lines with Maine craft beer, during the Greater Bangor Beer Week they changed their lineup from Greater Bangor breweries to breweries from around the state and on Wednesday, December 9th they will be hosting their first Tap Takeover.

“We’ve been working on a ‘takeover’ event with Barreled Souls for awhile, but we knew something was missing,” Family Dog Owner, Bob Cutler, said. “When we decided to make it a benefit event, we all agreed that supporting the MAINEiacs was the group we wanted to support.”

Barreled Souls is brewing up unique, interesting beers in small batches, utilizing a Burton Union System which was developed in England in the 1800’s and is not commonly used in commercial brewing, the primary fermentation of the beer takes place in oak barrels and a collection system collects yeast to be used in future batches.

This is not only the Dog’s first tap takeover but Barreled Souls first tap takeover in the Greater Bangor Area, their beer can be found here but they have never had 6 beers on at the same time in the same place around here. The crew from Barreled souls will be on hand to chat about the beer, this is a great opportunity to meet the brewer and learn about their beer.

If you can’t make it to Orono on Wednesday, Barreled Souls will be bringing 6 different beers to Nocturnem Draft Haus on Thursday, December 10th, including a Collaboration Brew with Banded Horn, Banded Horn will be bringing a couple beers including a Collaboration brew with Orono Brewing Company, and Orono will be represented in Bangor as OBC and Marsh Island will be filling out the rest of Nocturnem’s lines in this four way tap takeover.